I went to Bali in 2010, before starting my M.A. degree, with my family for Lunar New Year. Bali is a state of Indonesia, at the far-eastern tip. (It also shares the same timezone, which makes it a bit confusing when you wake up at 5am and it's already pretty light out and you're not used to that.)

Balinese culture is a combination of different cultures, and it's pretty easy to trace where each element in their architecture and aesthetics are from, while still appreciate it all as singular wholes unique to the region. The Hindu and Buddhist influences stand out strongly, coagulating into the local folk aesthetic.

And boy are there some steampunky things there! 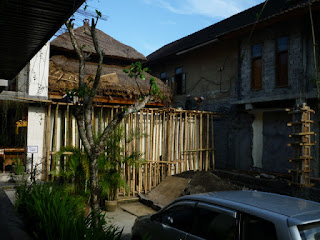 Bamboo is used for many things, especially building. You must use what you have in your immediate environment to get the job done! 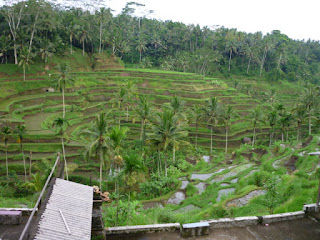 Bali grows enough rice to feed all its people and then some. It never has to import rice from the other Indonesian states. Poverty being relative, it does not mean you go hungry here. And a huge part of why is because of its agriculture. Terraced fields like these are an agricultural technology still practiced across the world in so-called "underdeveloped countries." 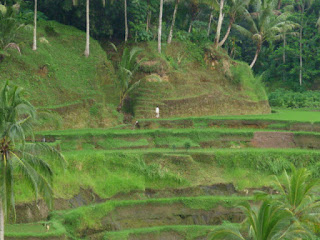 For scale, that's a person! 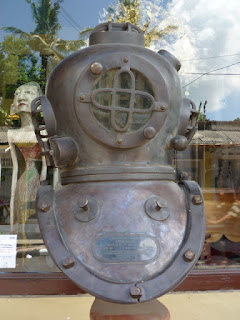 My brother and I went wandering town, and saw this cool diver's helmet! Why is it here? I didn't know who to ask. Perhaps I'll never know. But there's a story there... 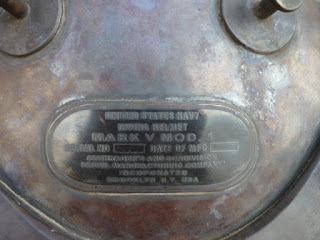 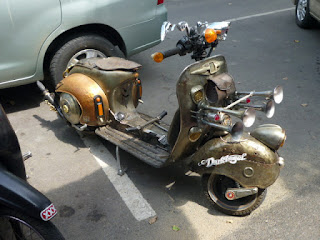 I don't know whose bike it was, but it was the brassiest, most daring thing I'd seen. I liked it so much, I took more pictures of it: 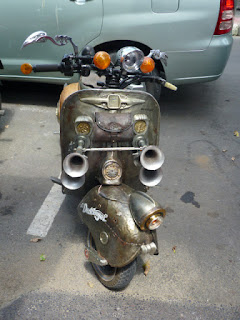 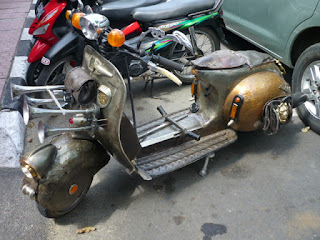 Finally, this cool thing which possibly has a more solarpunk feel to it than a steampunk one, but I'm pretty sure some steampunk novel an Indonesian will write someday will have this: 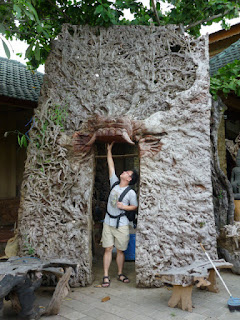 A doorway cut from the roots of an ancient hardwood!
What secrets must it hold! What history must it have seen!

There were other things I saw on this marvelous trip, like a little cannon in the shape of an elephant, and a musical water feature that was more complicated than it probably needed to be (the Rule of Cool was clearly in place, there), but evidently my camera died on me so you will just have to take my word on it.
Posted by Jha at 5:52 PM