An Interview with Emilie Bush

Emilie Bush 's self-published first novel, Chenda and the Airship Brofman, sits at an impressive 100,000 words. Its cover is simple, and deceptive as to its contents, which is an epic, an adventure - it is only the outline of a handsomely-dressed woman.
The first three chapters of Chenda and the Airship Brofman can be found at Coal City Steam, Emilie Bush's official site - both in podcast and in PDF format. I think it's the first time I ever sat down to an audiobook and found myself actually understanding what's going on - from what one can hear of the first three chapters, Stuff Moves Quickly! The podcasts are recited by Emilie Bush herself. 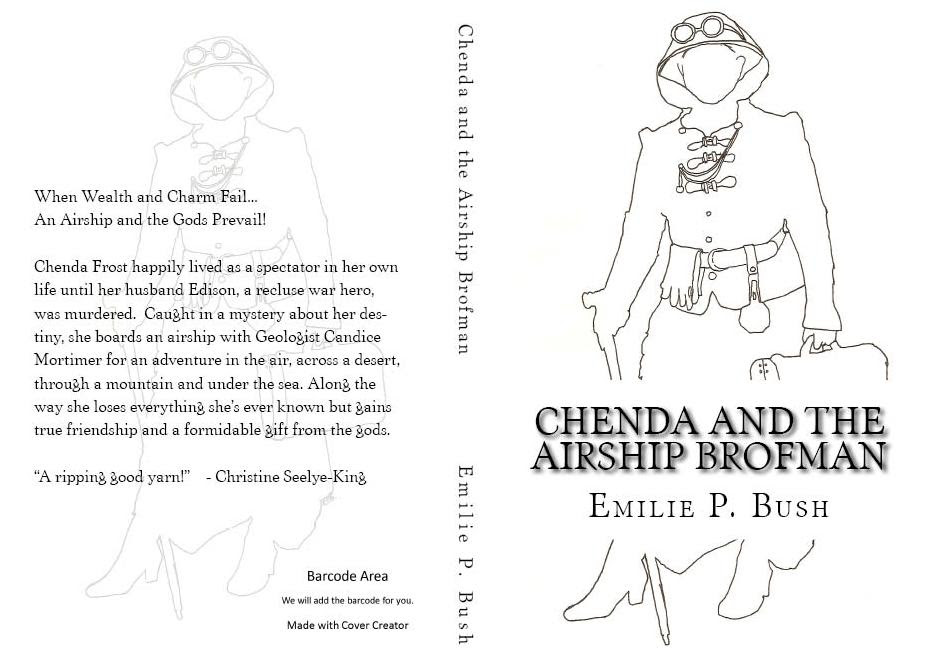